Terry Pratchett takes Shakespeare’s Macbeth and then turns it up ’till the knob comes off. It’s all there – a wicked duke and duchess, the ghost of the murdered king, dim soldiers, strolling players, a land in peril. And who stands between the Kingdom and destruction? Three witches. Granny Weatherwax (intolerant, self-opinionated, powerful), Nanny Ogg (down-to-earth, vulgar) and Magrat Garlick (naïve, fond of occult jewellery and bunnies). Stephen Briggs’ adaptation of this Discworld novel has set many an audience cackling since it first graced the stage in 1996. Now the story of the Kingdom of Lancre comes to Darley Abbey! 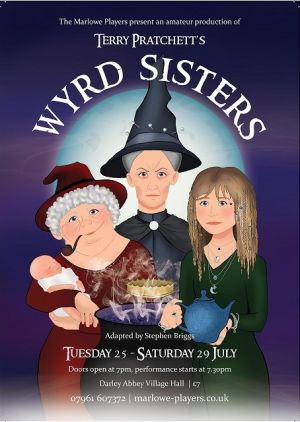 Rick Law talks about directing his first play for the Marlowes and why he chose Terry Pratchett's Wyrd Sisters:

What was it about Wyrd Sisters that made you want to direct the play?

I really enjoy reading fantasy books and in my head I've dabbled with the idea of how you might adapt and stage epics such as the Mistborn series or The Name of The Wind. Then someone introduced me to the Terry Pratchett adaptations by Stephen Briggs and I was immediately impressed by how well the books worked on stage. I had a few other plays I'd considered directing, after reading Wyrd Sisters, it blew the rest out of the water. It was exactly my kind of thing, and I hadn't even read a Pratchett novel at that point. Needless to say, I've been converted.

What challenges have you faced directing your first Marlowe play?
So far I've really relished the challenge of working with some of the larger-than-life characters in this play and the cast have coped fantastically with their many quirks. One thing missing which you take for granted in the novel is Pratchett's fantastic omniscient narrator, guiding you by the hand through the wackiness of the Discword. A little extra work is needed to capture some of that essence, whether it's explaining where you've just jumped 500 miles to or helping the audience understand exactly what a "Droit De Seigneur" is. Such an out of the ordinary setting also means that the play moves at quite a pace between settings and a large roster of characters. Keeping up with that while considering props and costume has been quite a challenge on my first try.

What can the audience expect when they come to see the play?

I think the audiences who are familiar with Pratchett's writing will be pleased to see some familiar (and popular) characters come to life, with Pratchett's humour still intact. Those who have never read a Pratchett novel will not be left in the dark either; there are many nods to Macbeth and a few to Hamlet in this play, poking fun at them all the way. Anyone familiar with three witches and a mad king will certainly find plenty to chuckle about!

Why do you think Terry Pratchett's books appeal to such a wide audience?

As someone who reads a fair few fantasy novels, I've never found a series that takes itself less seriously than the Discworld books, much to their credit. A lot of that comes from the narrator's voice, and that is Terry's voice. I challenge anyone to read his work without being reduced to a giggling mess at some point while your co-workers/people around you on public transport/your pets looks at you like you've gone mad.

To hear more from Rick talking about directing his first play with us and watch the preview video for the production please click the link below: 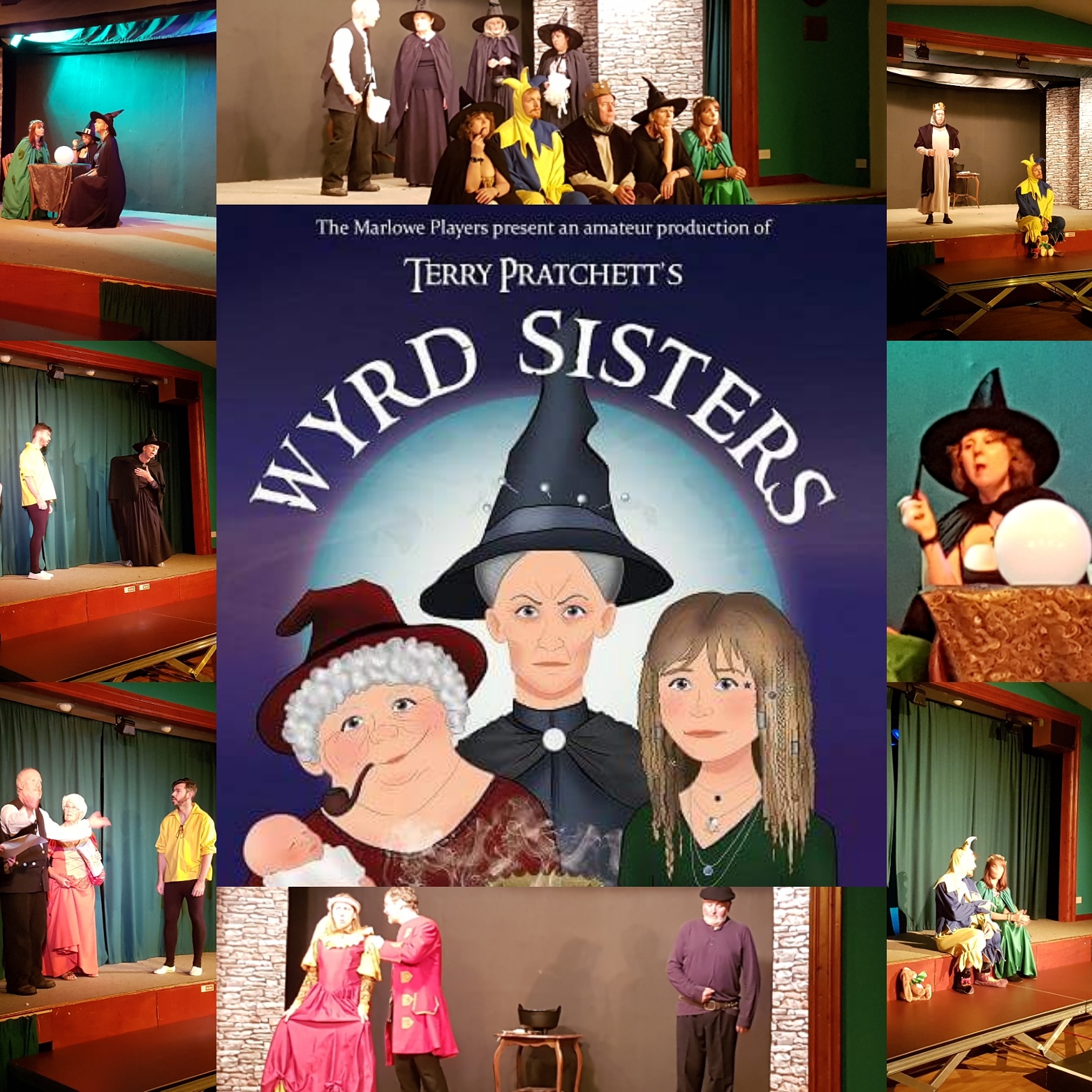 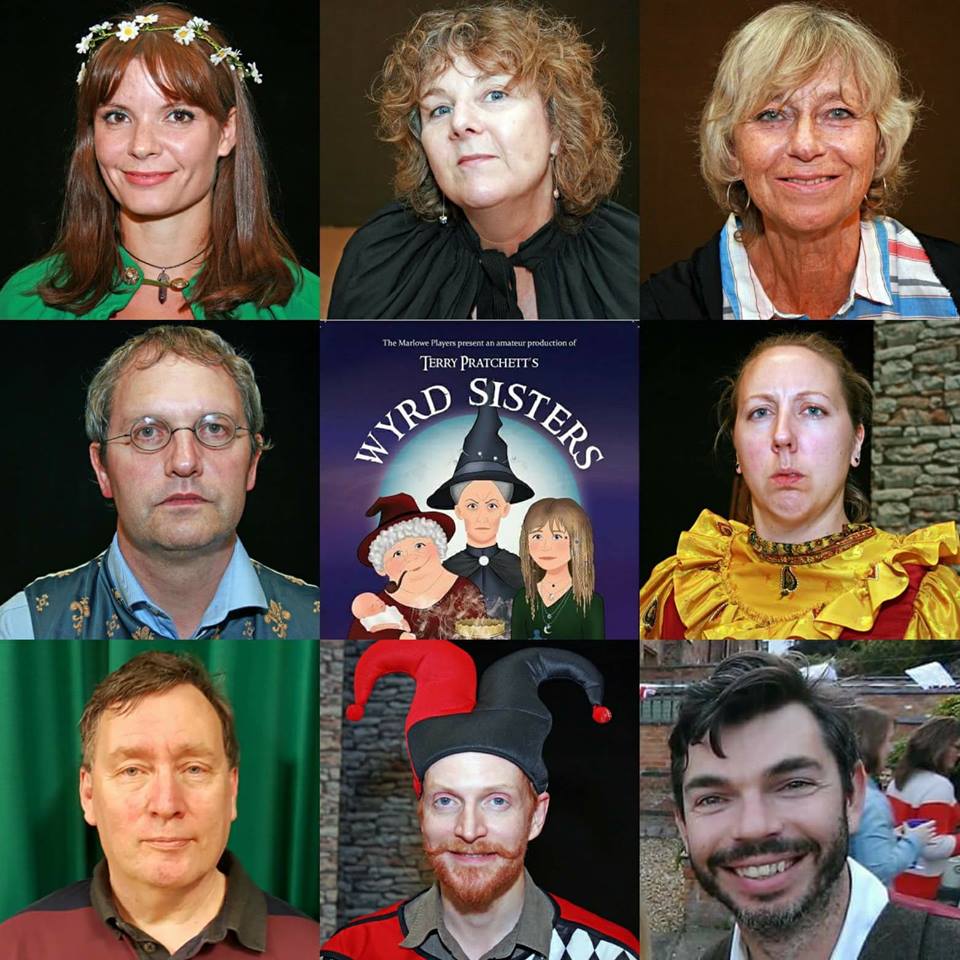 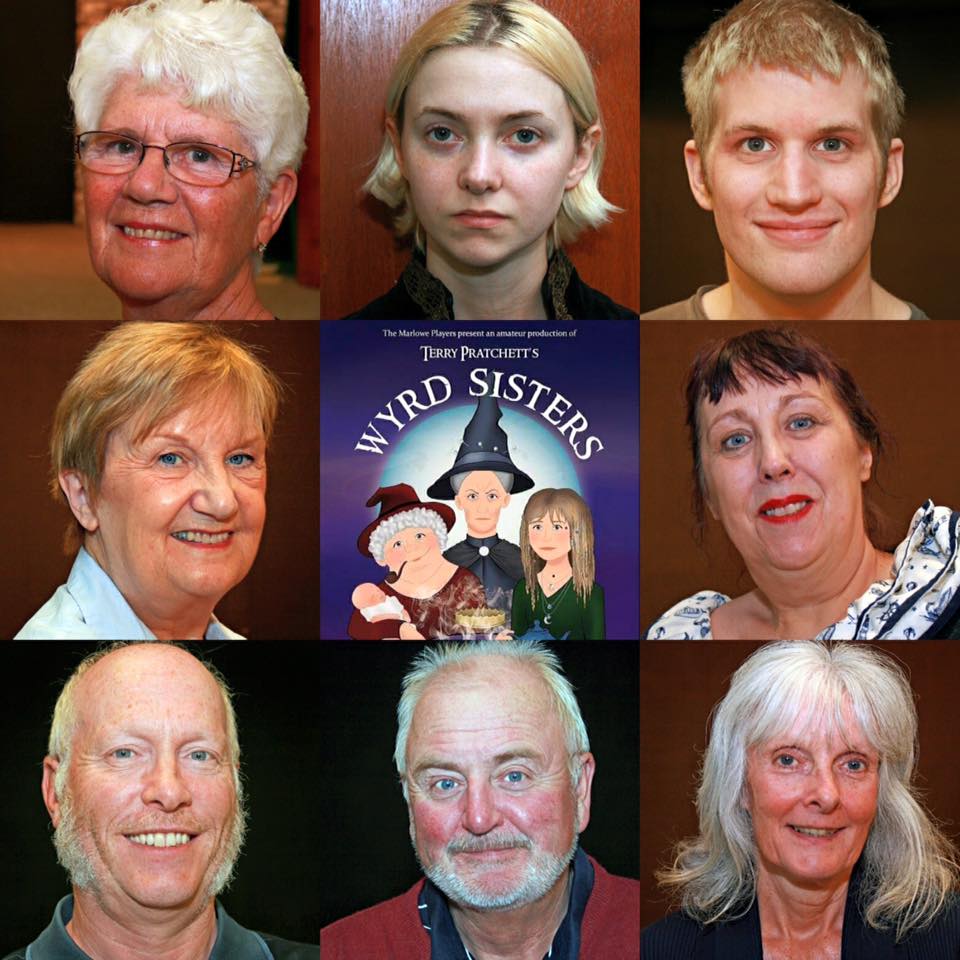 A review of Wyrd Sisters on the Discworld Monthly website.