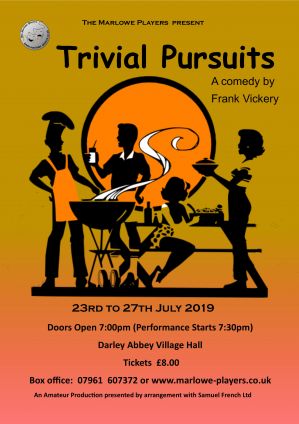 It is the perfect summer setting being an evening’s barbecue of the Trent & West Amateur Theatrical Society. Everyone is eagerly awaiting the announcement of next season’s show by Nick, the society's business manager, which needs to be a success after a disastrous last production. Little do they know that Nick has promised a different show and the plum roles to four different people. Join us to find out what happens next in this hilarious comedy for a summer evening to remember.